The Chinese food in Venezuela is extremely popular. As in many places in the world, there are more Chinese restaurants than any other type of food, including Venezuelan areperas.

There are places in Caracas (near downtown) where you can find a Chinese restaurant per block. Also, at any mall fair, whether large or small, you'll get a place where you can order rice, bittersweet chicken and ribs. Because yes, the Chinese food in Venezuela for the most part is true to the American version.

The most popular dish of Chinese food in Venezuela, they eat equally high school students, policemen, national guards and even ministers, is fried rice, accompanied by lumpias and some ribs. More impossible American. But tasty.

Some restaurants offer dishes closer to real gastronomy. It is relatively easy to get where to eat a good peking duck, a Mongolian soup and various types of noodles.

There are also, both in Caracas and Valencia, which would be the equivalent of a "Chinatown". In the case of Valencia, it is an entire shopping center located on Avenida Bolivar, where you can get a lot of shops and places to eat as Asians do in your country.

In Caracas, The Chinese Social Club is the meeting point for those who want to try real gastronomy. In addition to socializing and buying various related products. 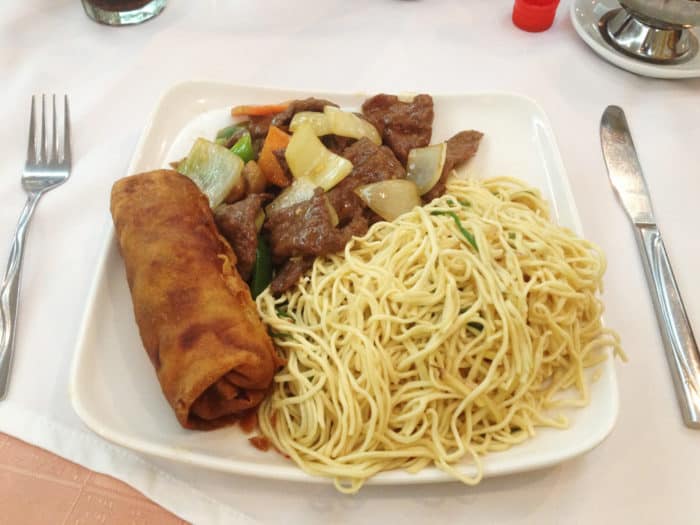 Chinese food in Venezuela: where to eat

In this section called The Chinese rice guide you can get some places that I have visited personally and where I have eaten well.

I highly recommend the Chinese Mandarines of La Candelaria, with a menu quite different from the traditional one. You can read about it by clicking here.

Finally, in this small list are missing some places that are also recommended: The New House of the Chinese, in the center of Caracas, El Palmar and Sieng Sieng restaurant , both in Colinas de Bello Monte.

Links that may interest you: